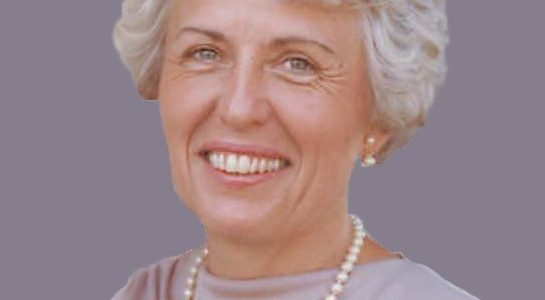 Memorial Services for Myrtis (Pauli) Morley will be held on Tuesday, November 22, 2022, at 2:00 p.m. at Mundwiler Funeral Home in Milbank, SD. All friends and relatives are invited to attend the service.

Myrtis Pauli Morley was born on November 16, 1925, on the Pauli family farm in Grant County, SD. She was one of nine children born to Walter Silas Pauli and Ora Emma (Berkner) Pauli. Myrtis attended Milbank High School and met her future husband, Lyle Morley. Following her graduation, Myrtis worked for the telephone company. When Lyle returned from the war, they were united in marriage on April 2, 1945.

Lyle and Myrtis moved to Los Angeles, CA, where they made their home and raised their two children: Jim and Jo Ann. Myrtis was a devoted mother and homemaker, but once her children were both in school, she worked for a C.P.A. firm for 20 years.

Myrtis is survived by her son and daughter-in-law: Jim and Christie Morley of Redding, CA; three grandchildren: Matt, Jeni, and Dani; four great-grandchildren; two sisters: Mona Hanna of Sioux Falls, SD; and Janice (Orville) Vreim of Wilmot, SD; and many nieces and nephews.