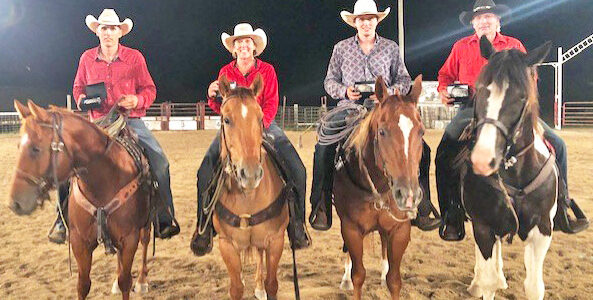 “We had a great crowd, and they saw a lot of action,” said Joanie Hills, organizer of the event. “Each team of four riders competed in five ranching events.”Wayne Pearson of Dawson, Minnesota won the raffle drawing and a 22 Henry Golden Boy rifle. “We also gave everyone a chance to win some cash by doing a Split the Pot,” said Hills. “Nancy Weymouth was the lucky winner. Weymouth came all the way from Boston, Massachusetts to cheer at the rodeo. She went home with an extra $170.”