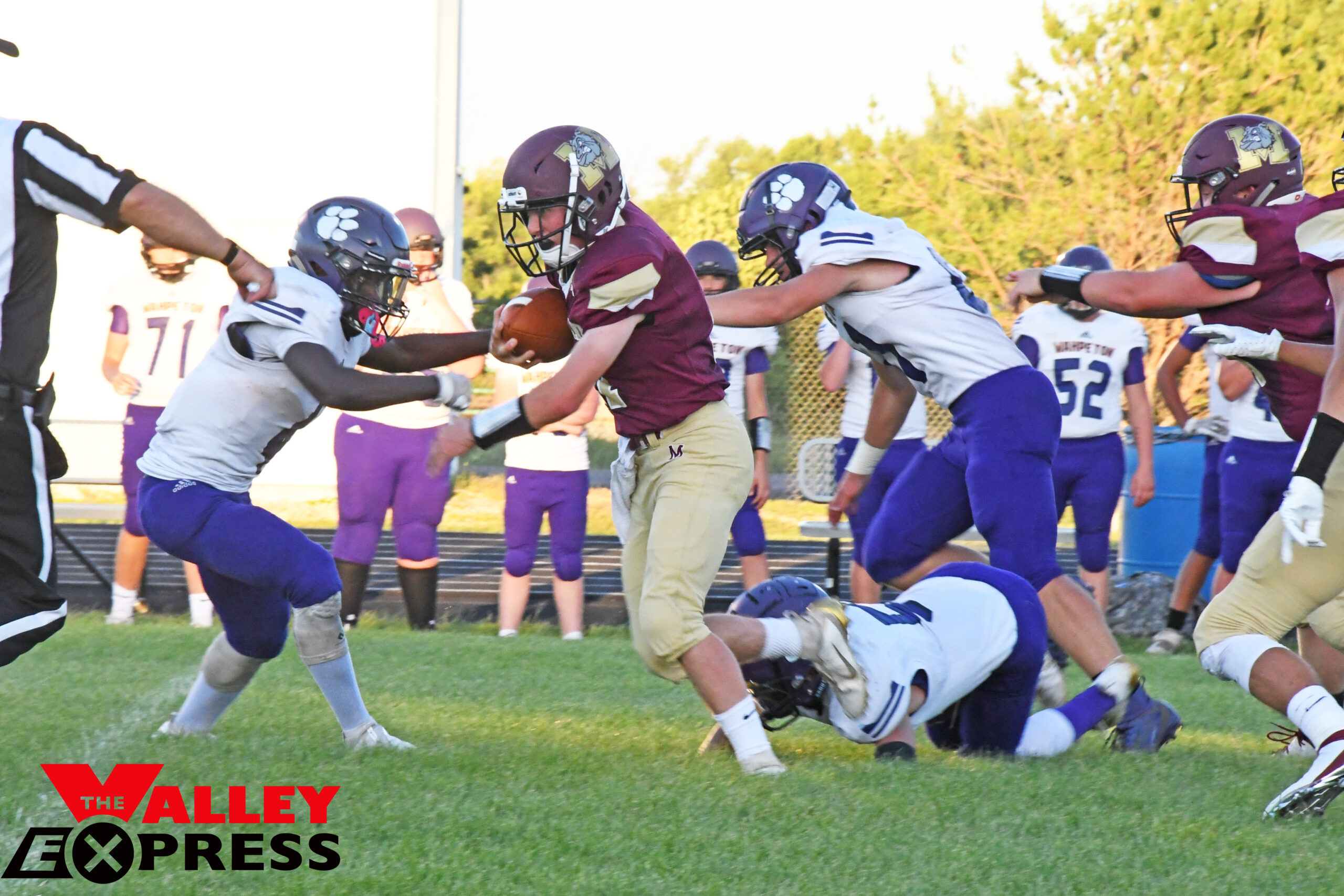 The Bulldogs’ 2020 football record moved to 2-0 with a 29-14 victory against the Huskies from Wahpeton, North Dakota, on Friday, August 28, at A.B. Campbell Stadium in Milbank. “It was a little harder to prepare for this game without having much film to look at from them, but I think the guys did a great job of finding a way to win,” stated Milbank’s head coach Brian
Allmendinger.

The Bulldogs got the scoring started. Two first down runs by Marshall Voeltz and a completed pass from Kaden Krause to Carter Bowsher set up a 15-yard touchdown run by Bennett Schwenn. Voeltz crossed the end zone on the conversion attempt to give Milbank an 8-0 lead with 7:43 on the clock in the opening period.

After the Bulldog defense shut down Wahpeton with a quick three-and-out, Milbank took the ball and marched it down the field. Krause capitalized on the drive with a 10-yard touchdown. Parker Schell’s extra point kick was good to beef up the Bulldogs’ lead to 15-0.

In the second quarter, the Dawgs’ defense poured on the heat. Sawyer Gauer broke up a long Huskie pass, and Milbank took over on downs at their own 32. Krause broke through the line and ran free until he was brought down in the red zone. A horse collar penalty on Wahpeton gave Milbank another chance, and Voeltz used the opportunity to plow over the goal line for the score. Krause scurried into the end zone on the two-point conversion to give Milbank the 23-0 lead to wrap up the first half.

Wahpeton didn’t waste any time in the second half. They scored a touchdown on a 64-yard pass on their first possession. With a successful conversion, the score stood at 23-8.

In the final quarter, the Huskies again found paydirt with a 14-yard touchdown pass. A failed two-point conversion kept the score at 23-14.

But Milbank wasn’t finished yet. Krause led his team down the field, and a first-down run by Karson Weber gave them another look at the red zone. Gauer sealed the deal with an eight-yard run over the line for a touchdown. The conversion failed, but Milbank remained ahead at 29-14 to claim the victory.