featured3380 featured sports17
The Bulldogs suffered their first loss of the season to the Class 11AA Huron Tigers on Friday, September 4, at AB Campbell Stadium in Milbank.... 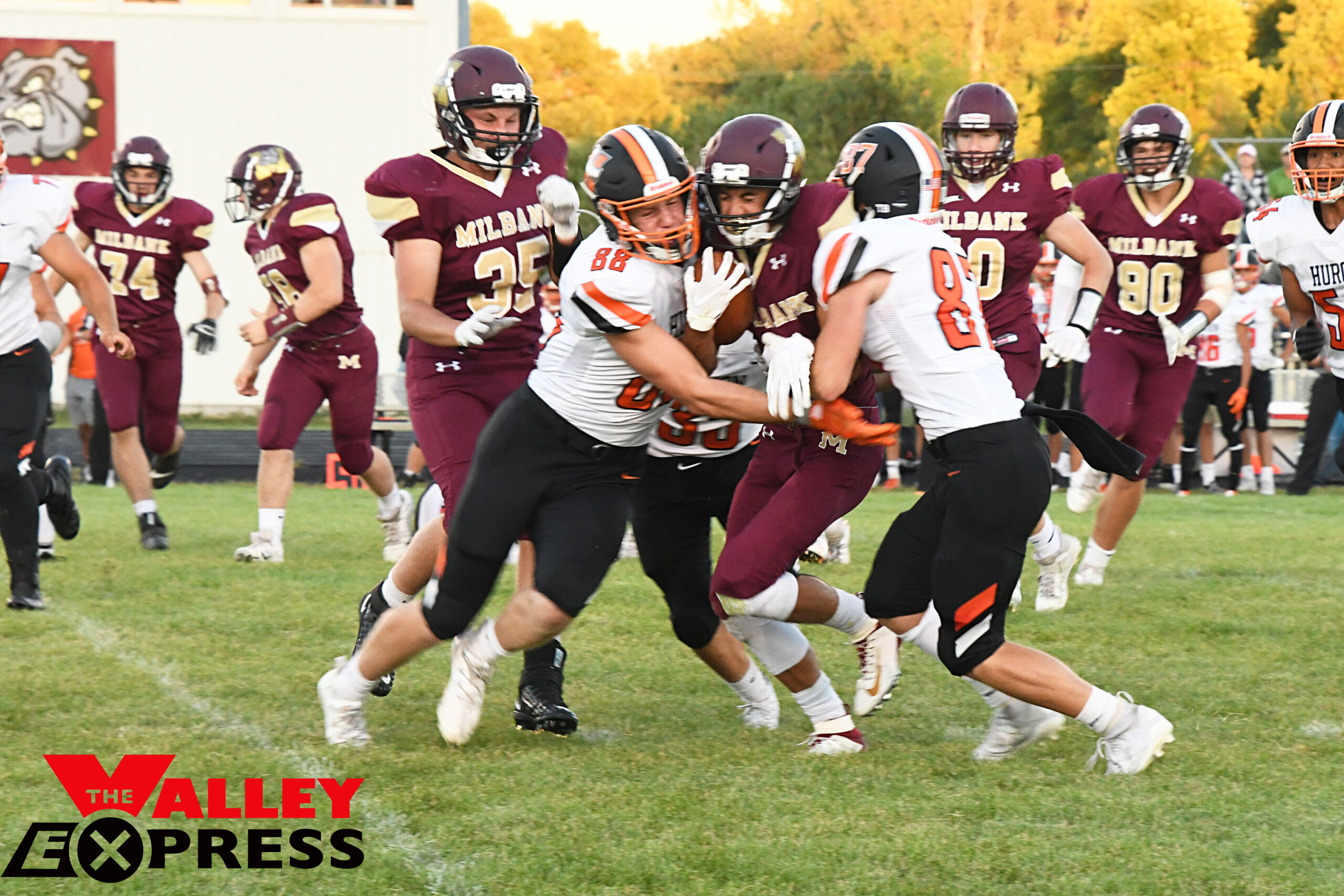 The Bulldogs suffered their first loss of the season to the Class 11AA Huron Tigers on Friday, September 4, at AB Campbell Stadium in Milbank. The 30-0 loss drops Milbank’s season record to 2-1.

“Despite the loss, I’m proud of how we played,” stated Milbank’s head coach Brian Allmendinger. “Their attitudes are great, and they are working hard. We just could not get any momentum going. We will take what we can from this game and move forward.”

Huron wasted no time getting on the scoreboard. During their opening series, the Tigers found the end zone on a 37-yard pass. The extra point kick was good to give Huron a 7-0 lead.

The Dawgs, however, fumbled the ball on their first series of plays and
Huron recovered it on Milbank’s 37-yard line. The Tigers found paydirt again with a pass into the end zone for a touchdown. A good pat gave Huron the 14-0 advantage just minutes into the contest.

Milbank settled down after that and stepped up their defense. The Bulldogs held Huron scoreless for the rest of the first half. With just 25 seconds left in the second quarter, Huron attempted a field goal, but it was no good.

Milbank continued to work hard, but the size, speed, and aggressiveness of the Tigers proved too much for the Dawgs to handle.

Near the end of the third quarter, Milbank faced a long fourth down and 20 yards to go. Barrett Schneck went back to punt, but the snap went over his head. Schneck recovered the ball, but was taken down in the end zone — a safety for Huron and worth two points, which took the score to 16-0.

Huron got the ball back and took it down the field into the end zone again on a 30-yard touchdown run. The conversion widened the gap to 23-0 with just under two minutes left in the third.

Early in the fourth quarter, Huron scored on a 15-yard run. The successful extra point kick ended the scoring at 30-0.

Milbank completed the game with just 36 yards of total offense. The Dawgs gained 43 yards passing and were negative seven yards rushing. Huron wrapped up the game with 222 offensive yards – 79 passing and 143 rushing.

Quarterback Kaden Krause was 6-11 passing for 35 yards. Kellen Hoeke replaced him late in the game and was 2-3 for eight yards.