sports-featured1411
The Milbank Bulldogs suffered a 48-14 loss to Dakota Valley on Friday, September 11, in the long road trip to North Sioux City. Milbank... 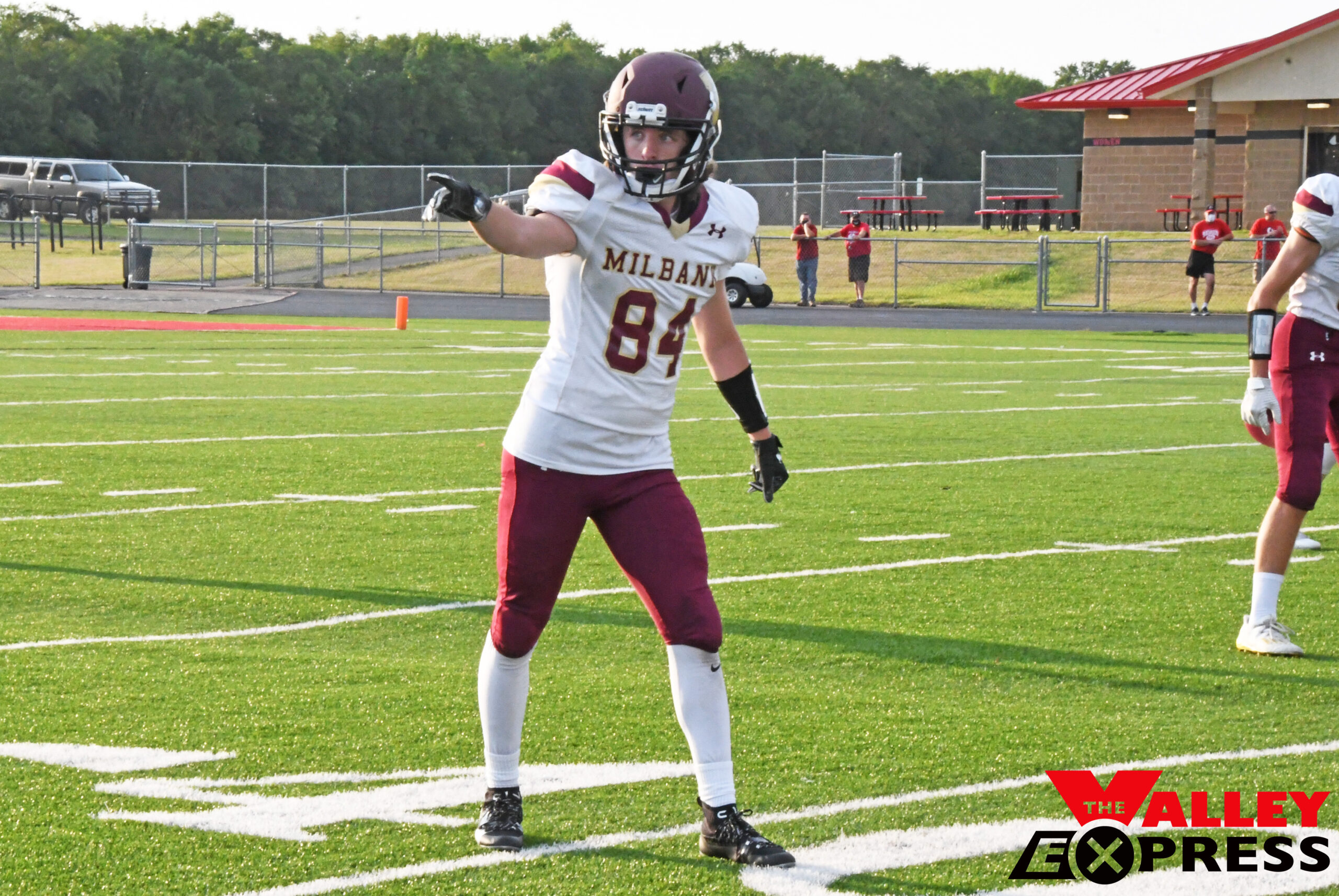 The Milbank Bulldogs suffered a 48-14 loss to Dakota Valley on Friday, September 11, in the long road trip to North Sioux City. Milbank evens its season record to 2-2 following Friday’s contest. “I was encouraged to see our players continue to play hard and have some sustained success in the second half,” stated Bulldog head coach Brian Allmendinger. “We need to work hard and get better in several areas this Homecoming week, and I am confident we will be better.”

The Panthers scored quickly on two plays in the first quarter with 57-yard and 54-yard touchdown runs to go ahead 13-0. The opponent added another TD early in the second period before quarterback Kaden Krause connected with Carter Bowsher for a 12-yard touchdown reception. The PAT was good cutting the deficit to 20-7. Dakota Valley found the end zone three more times in the first half with a 70-yard run, a 23-yard TD pass, and a 63-yard touchdown to open up the game at 41-7.

The teams were both held scoreless in the third period, and the game remained 41-7. In the final stanza, Krause connected with Will Cummins for a 12-yard TD to move the score to 41-14.

The Panthers scored one final time on a 66-yard interception that was run back to the house to wind up the scoring at 48-14. Milbank finished the game with 249 total yards of offense. The Dawgs had 122 yards passing and 127 yards rushing. Dakota Valley ended with 368 offensive yards including 86 passing and 282 rushing. Krause was 12-for-25 passing for 122 yards with two touchdowns and two interceptions.

He also added 81 yards rushing on 12 carries. Marshall Voeltz carried the ball 15 times for 49 yards while Sawyer Gauer had nine yards on two totes. Mike Karges wrapped up the positive yardage on the ground for the Dawgs with eight yards on three carries. Cummins added 48 yards on three catches and one TD. Karson Weber followed with 32 yards on four receptions while Bowsher notched 23 yards on two catches and a touchdown.