Dawgs In Hot Water in Game Against Top-Rated Tea 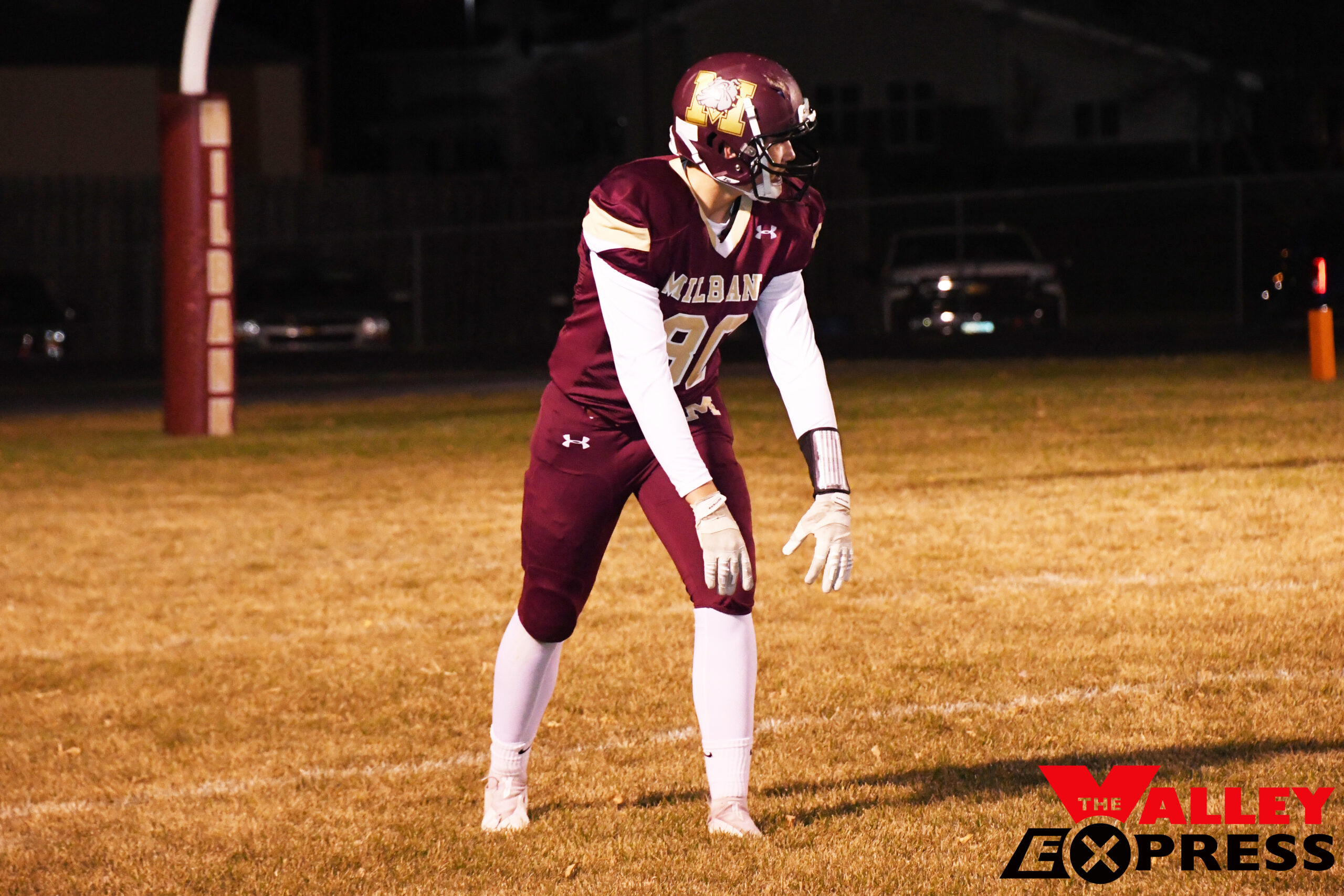 Milbank started the game with a bang. Tea fumbled, the Bulldogs recovered, and capitalized on a 46-yard pass from Will Cummins to Sawyer Gauer. The throw went over the top and into the end zone. Bennett Schwenn’s extra point kick was good to give Milbank an early 7-0 lead.

“We had that play in our pocket for about three weeks,” said Brian Allmendinger, head coach for the Bulldogs. “We didn’t execute it flawlessly, but it worked.”

Later in the first quarter, Tea found paydirt on a two-yard touchdown run to tie the score at 7-7. To start the second quarter, Tea intercepted a pass by Kaden Krause and ran it back to the house to take the lead at 7-14. The Titans scored again on a 10-yard run and a 53-yard pass to widen the gap to 7-28. Another interception set up a field goal. The first half ended with the score at 7-31.

Early in the third quarter, Milbank converted two Tea penalties into points. Krause found Mason Riley on a nine-yard pass for a touchdown, and Schwenn ran in the conversion attempt to cut the score to 15-31. No additional points were added to the scoreboard for either team, and the game ended at 15-31. The Bulldogs took the loss to drop their season record to 4-3.

“We had a really good first quarter,” said Allmendinger.  “The kids had fun and were excited. Unfortunately, we didn’t play very well in the second quarter. They killed us in all phases of the game. The loss was a team-wide deal. I am excited with the way the guys played other than that. They played with pride.”

Krause went 9-for-22 for 112 yards passing, one touchdown, and three interceptions. He also added 12 yards rushing on seven carries. Cummins had one pass for 46 yards and a score. He caught the ball once for 15 yards. Marshall Voeltz carried the ball 13 times for 35 yards rushing. Gauer added two yards on one tote and 58 yards on three catches and a touchdown. Schwenn tallied 60 yards on three receptions. Riley added 14 yards on two catches and a score.

For the defense, Schwenn led the Dawgs with 10 tackles. Aiden Foell followed with six tackles and Isaac Schulte had five. Voeltz and Maddox Hanson added four tackles each. Karson Weber and Connor Bender were credited with three apiece.  Jace Rufer had two.  Gauer, Micah Dietmeier, Eli Johnson, and Toby Schneck had one apiece. Schwenn and Schulte each recovered a Tea fumble.