featured3230
The world might be conspiring against kids to take the fun out of Halloween this year, but the stars have a trick of their... 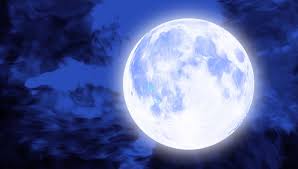 The world might be conspiring against kids to take the fun out of Halloween this year, but the stars have a trick of their own — a Blue Moon on Halloween. If you’re under 18, you’ve never seen a Blue Moon on Halloween, as the last time the phenomenon occurred was in 2001.  Even then, it only happened in the Central, Mountain, and Pacific time zones.
So, some areas of the US haven’t had a Halloween Blue Moon since 1955. We have to harken back to 1944 for the last time all continental US time zones were treated to the light of a Halloween Blue Moon

What’s a Blue Moon? Without getting too technical (astronomy gets complicated fast) a seasonal Blue Moon is the third full moon in an astronomical season with four full moons. It might not sound important, but it’s the reason you always hear people say, “When’s Easter this year?”
The Christian ecclesiastical calendar uses the phases of the moon to determine the date of Easter. Easter is traditionally celebrated on the first Sunday after the Paschal or Easter full moon, which is the first full moon on or after March  21 (an approximation of the spring equinox).  Throw in an extra moon and holiday planning can get wacky. Calling the third moon a Blue Moon instead helps keep the dates of Easter in a more comfortable range.

Another popular definition describes a Blue Moon as the second full moon, when two full moons appear in one calendar month. It doesn’t happen every month because full moons generally occur 29.5 days apart. Still, it happens about every two to three years.

But is the moon really blue? No. You can still expect  a gorgeous, but golden harvest moon.  Full moons that actually appear blue are the result of incredibly rare atmospheric conditions, which are said to include smoke and volcanic ash. This might explain how “once in a blue moon” came to mean something absurd or something that rarely happens.

Although it doesn’t qualify as rare, the next time a Blue Halloween Moon will light up our streets on Halloween will be in 2039. So don’t forget to take a peek at this unusual treat tonight and don’t forget to set your clock back. Because on Sunday, both the Blue Moon and standard time will be gone.