featured3394
MHS Principal Dan Snaza has been selected as the Region 1 Principal of the Year by the Northeast Area Principals.  Snaza is now eligible... 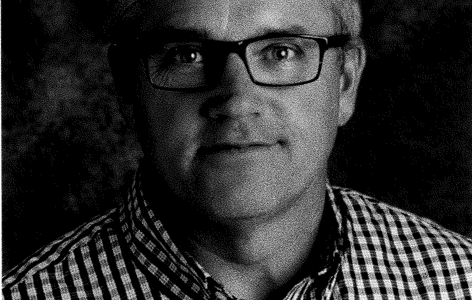 MHS Principal Dan Snaza has been selected as the Region 1 Principal of the Year by the Northeast Area Principals.  Snaza is now eligible to compete at the next level.

Snaza, who has been the Milbank High School principal for seventeen years, is also a graduate of MHS. He earned his B.A. from Minnesota State University and his masters in education from St. Mary’s University. Back in the 80s when he was sitting in algebra or English class at MHS, he wasn’t daydreaming of one day being in charge.  “I didn’t believe or even entertain thoughts about returning as the principal.  I’m quite certain no one else saw it coming either.”

He says Milbank isn’t normal. “In fact, during Superintendent Graf’s tenure in Milbank when we would talk about MHS and the district as a whole, one of the things we would say to describe things is, ‘it’s not normal here.’  How many schools of our size have an organization like the Milbank Education Foundation that distributes almost $200,000 in scholarships to graduating seniors? Or has a business that awards up to twenty $500 scholarships to graduating seniors? Or awards dozens of private scholarships?”

“The Milbank School District has a strong academic, activity, and athletic tradition. As a graduate, I’m aware of the tradition and history that goes back to the likes of Art Campbell, Dave Bergan, and George Smith.  I’ve had the honor of working with superintendents Marlin Smart, Tim Graf and Justin Downes, and I’ve had the great fortune of working with a professional administrative team that I’m always learning from.”

He says he has also learned from his students. “Every student who walks into our building has the ability to learn and be successful. Positive relationships are the key to success.”  He says the past year has been a revelation. “After not being able to attend school for a while, more people discovered that deep down, kids really do like school. And so do their parents.”

“We have learned that in-person learning is what’s preferred by most students and all staff. We want to be together in the building.”
He says the best part of the school day for him is in between classes and lunch time.  “These are the times I’m able to be out with the students and staff.  It’s a time to talk about things other than school and continue to work on building relationships.”

And he also enjoys lunch time for another reason. “We have a great food service department,” he says.  “Personally, I rank the Swedish meatballs and the meatloaf at the top.”

Working as a school administrator is a people-oriented profession.  Tammy Rieger, who has been Principal Snaza’s secretary for 17 years says, “You will find him in the hallways as students arrive at school, in between classes, and at the end of the day when they leave. His office door is always open for students and staff members.”  Snaza, however, confesses, “By nature, I’m an introvert. I would describe myself as reserved.  But, I’m passionate about kids, MHS, its staff, and Milbank.”
.