McKenzie Johnson to be Reunited with Lost Wedding Ring

featured3394
You could say McKenzie Johnson was thrilled when she received her gorgeous engagement ring, but now you’ll need to ask which time? McKenzie (Krakow) Johnson... 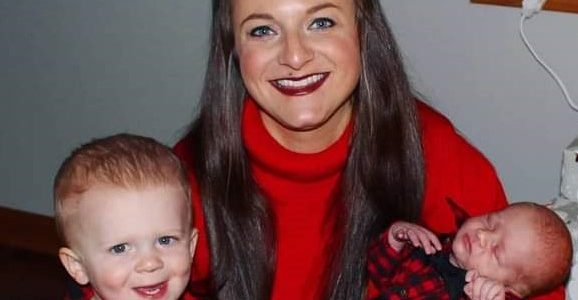 You could say McKenzie Johnson was thrilled when she received her gorgeous engagement ring, but now you’ll need to ask which time?
McKenzie (Krakow) Johnson and her husband, Jessy, of Milbank had been shopping in Sioux Falls on Sunday afternoon. When they decided to stop at Sam’s Club, McKenzie slipped off her ring in the vehicle to apply hand sanitizer. She can’t recall, but she either left it on her lap or placed in her coat pocket. By the time she realized it was gone, it was too late. She and her husband returned to search the parking lot, but found nothing but trash.

McKenzie was devastated and it’s probably fair to say her husband wasn’t very happy either. She  began a plea on social media in hopes someone had found it.  She also filed a police report, but says, “After the first 24 hours had passed and we had no leads, I started to give up hope.”
But hope springs eternal and came in the form of an angel aka an honest woman from Pipestone, Minnesota. She found the ring in the parking lot of Sam’s on Sunday. She also called the Sioux Falls Police Department to file a report.

McKenzie says, “On Monday, January 11, I was contacted by a Sioux Falls police officer asking if I had found my ring as he had seen one of my posts circulating on social media. He told me on Sunday night a phone call came into the station regarding a ring that was found in the Sam’s Club parking lot.  It took a couple of days, but we confirmed she had in fact found MY ring!”

McKenzie says, when she talked with the woman, “She said,  ‘I believe God put me there in that spot for a reason and it was to get it back to you.’ She also told me she has it tucked away in her safe.  She even offered to even meet me in Brookings.”

“I was so excited, I immediately called my husband and my mom. (Cindy Krakow of Strandburg). I truly didn’t think I would ever see it again. I asked Jessy if we could drive to Pipestone this afternoon.” Jessy was working at the LaBolt Farmers Grain Elevator where he is the agronomy manager but unfortunately couldn’t swing it with his work schedule to drive to Pipestone today. McKenzie is on maternity leave from her position as clinic manager at Big Stone Therapies. The couple’s son Jacksyn was born in December and his brother, Jayce, is two years old.

Alas, McKenzie and her cherished ring have yet to be reunited, but that is planned for this weekend. McKenzie says, “I can hardly wait. I feel a bit naked without it.  I’ve had it for seven years and I almost feel lost with out it.” She says,  “I think if this experience has taught me anything, it’s that there are so many good people in this world. The number of messages I’ve received from total strangers telling me that they took time out of their day to search the Sam’s parking lot and store has been humbling. My faith in humanity has definitely been restored.” She says she has a reward to give to the woman who found her ring when they meet, but it’s obvious she didn’t do it for the money.  How will McKenzie recognize the woman? That’s easy.  As Eileen Elias Freeman said, “Insight is better than eyesight  when it comes to seeing an angel.” But McKenzie is thanking God he gave this angel good eyesight!