featured3440
Ryan Scoular has been named the new Milbank Middle School Principal. Scoular currently serves as a teacher and the athletic director for the Milbank School... 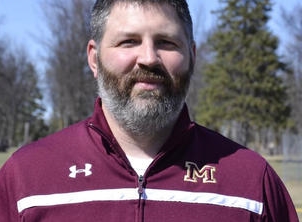 Ryan Scoular has been named the new Milbank Middle School Principal. Scoular currently serves as a teacher and the athletic director for the Milbank School District.  He will continue his duties as athletic director, but will no longer teach classes. Scoular replaces Kris Evje as principal after Evje resigned to accept the position of superintendent in the Ortonville School District.

Superintendent Justin Downes said, “Ryan’s duties will officially start on July 1.” Downes commended Scoular on the great job he has done as activities director the past two years, and said, “Ryan has sought more leadership opportunities throughout his career here in Milbank.  He has a great reputation with the middle school staff and will do an excellent job taking the reins from Kris. I wish Kris all the best in his new endeavor as well.”

Scoular previously taught middle school math and was the athletic director at Enemy Swim Day School from 2005 to 2007. He also spent three years as a middle school math and fourth through twelfth-grade physical education teacher at Waubay. He began his career in Milbank in 2010, and served as a middle school science teacher and assistant football and basketball coach until he was named athletic director in April 2020.
Scoular and his wife, Rondi, have four children: Rylee (15), Jeter (13), Max (12), and Kye (10).