featured3440
Hudson Christenson and his parents, Alysha and Dylan, have returned home. The couple left South Dakota for the Colorado Children’s Hospital in Aurora the... 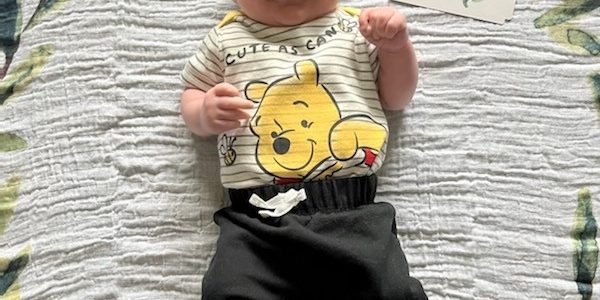 Hudson Christenson and his parents, Alysha and Dylan, have returned home. The couple left South Dakota for the Colorado Children’s Hospital in Aurora the weekend before Valentines Day. Hudson, was born March 1 and then underwent surgery for a rare heart defect.

The surgery went remarkably well and Hudson is now thriving and gaining weight every day.  Alysha says,” He is maintaining his weight, his incisions are healed up nicely, and he is actually being cleared go to daycare soon.”
How does it feel to be new parents? Alysha says. “Exhausting, but I wouldn’t change it for the world. He is our biggest blessing. I can’t thank God enough for choosing us to be Hudson’s parents.  Hudson has learned to coo, smile big smiles, and he loves being held or at least holding onto something with his hands.”

The couple lives in Elkton and Alysha says, “Dylan has returned to work, I plan on taking over my daycare again in the middle of May, and we’ll adjust to all of this together as a family. Hudson will continue seeing his cardiologist in Sioux Falls every three months and his pediatrician in between.”

Alysha says, “Dylan and I send a very sincere and heartfelt thank you to everyone for all the prayers, concern, and donations we received. We thank God every day for answering our prayers and for our little miracle. We are truly blessed.”
Alysha is the daughter of Lori Schuler and the late Harold Wenck. She is a 2012 graduate of  Wilmot High School.
See the accompanying story here on The Valley Express