featured3439 sports-featured1515
With track season officially over for the year, Josh Schmeichel can take off his coaching hat and take a breath. When school reopens in... 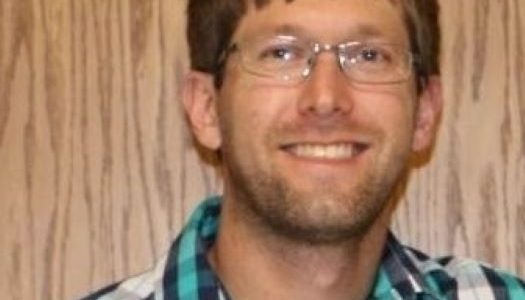 With track season officially over for the year, Josh Schmeichel can take off his coaching hat and take a breath. When school reopens in the fall, he will resume his usual duties as an assistant cross country coach. Then, when wrestling season rolls around, his coaching life will change dramatically.
Schmeichel was named the new head wrestling coach for MHS for 2022-2023.  Although Schmeichel is new to the position, he’s a familiar face in the Bulldogs’ program. Schmeichel graduated from MHS in 2006, the same year he took first place at 135 pounds at the South Dakota Class A Wrestling Championships. As a junior, he brought home second place, and in 2004, he earned sixth place.

He is also no stranger to coaching grapplers. He began his duties as the middle school wrestling coach and varsity assistant wrestling coach nine years ago, when he was hired as a teacher in the Milbank School District.
Schmeichel’s love of the sport of wrestling doesn’t show any signs of waning, though. He says, “After wrestling for a while, it just becomes a part of you. There’s always the desire to throw a half nelson on someone and have a friendly match.”  He also introduced his six-year-old son, Harvey, to wrestling this year in the youth wrestling program.  But, he says, “I will be taking a step back in my role there. I was the president this last year, and vice president for the previous two years. I will still be involved, and I’ll try to be in the room as much as possible, but I won’t have an official role.”
He says, “I am excited to get to work and be in charge of this group of high school boys. There’s a bunch of hard-working, dedicated boys in our program right now.”

He notes, “Like most places in the state and nation, our numbers have gone down. My goal is to grow the program’s numbers. The more wrestlers we have, the better we can match partners and the more competition there will be.”

The biggest change he plans to make is to bring in Wyatt Winter as an assistant coach. “Winter is coming from Brandon Valley,” Schmeichel says, “and he will have a fresh perspective on our program and the things we do. There’s a lot that goes into coaching — from showing wrestlers moves and running practices to sitting down with an athlete who is injured or just having a tough time in his life.”

He cites all the coaches and teammates — wrestling and non-wrestling — that he has worked with in the past and the ones he works with now, as instrumental in preparing him to take on the job of head coach. Don Gable, a former Olympic wrestler and head coach, who is recognized as one of the greatest amateur wrestlers in the history of the US, always said, “Great wrestlers make other wrestlers great.”