featured3438
Corey Hooth was hired as the new Milbank Chief of Police during the regular meeting of the MIlbank City Council on Monday, January 16.... 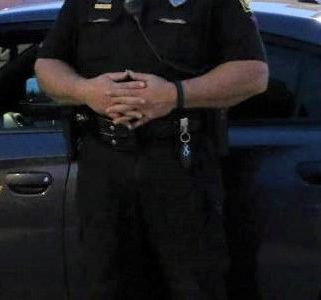 Corey Hooth was hired as the new Milbank Chief of Police during the regular meeting of the MIlbank City Council on Monday, January 16. Hooth says, “The timing of my official appointment was remarkable as it fell on the same day as my late father’s birthday. I felt like I was able to give him an extra special birthday present.”

Hooth began his official duties immediately and held his first squad meeting today, January 17. In the meeting, he focused on driving home the department’s mission to serve. “We need to hear the voice of the community and do our best to serve them,” he emphasized.

One of the ways he plans to accomplish the mission is through better communication. “I am a clear communications guy. I want to make everything as clear as possible. I want even the gray areas to be clearer. It’s difficult as things seem to change faster and faster, but we need to work together as a “We” team and talk it out as adults so emotions don’t get in the way.”

Hooth’s transition as head of the department should prove to be smooth. He is a 23-year veteran of the Milbank Police Department and served for 13 years under former Milbank Police Chief Boyd VanVooren. VanVooren retired at the end of December 2022. Prior to his promotion to chief of the Milbank department, Hooth had served 10 years as the assistant chief. He also served as a sergeant and senior patrol officer.

Pat Raffety, mayor of Milbank, commented, “Corey has been with the city for a number of years. He has a passion for the community of Milbank and the integrity to do the job. I think Corey is just the right guy for the job.”

Hooth is a native of the MIlbank area. He grew up in rural Roberts County and attended high school in Corona his freshman year. When the Corona school closed, he transferred to Wilmot High School. He graduated from Wilmot High and then attended South Dakota State University in Brookings, where he earned his B.S. degree.

His wife, Nicole, is the owner of Tranquil Touch Massage in Milbank. The Hooths have four children: Shea, Tori, Sebastian, and Tristan. Sebastian is a sophomore at MHS and Tristan attends sixth grade at St. Lawrence School.