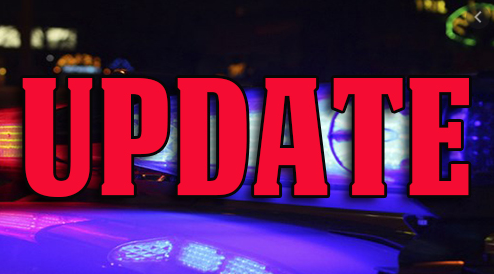 On January 29, Central Divers recovered Mrs. Amy Doughtery and her vehicle from a small body of water west of Bristol. The 46-year old Day County woman had disappeared in a snowstorm during the early hours of December 23.

The Codington County Search and Rescue squad collaborated by using a sonar system and an underwater camera vehicle.
The Day County Sheriff’s Office was also contacted by Caleb Gilkerson, the owner of Central Divers — a commercial diving service in Pierre. Gilkerson indicated a member of the Doughtery family had inquired about renting a magnetometer. A magnetometer is a device that measures magnetic field or magnetic dipole moment. The magnetometer can only detect ferrous metals, but can detect them at a much greater depth than conventional metal detectors. They are also capable of detecting larger objects such as automobiles and submarines.  Gilkerson stated his team could conduct the search using a magnetometer leased from Unique Group of Houston, Texas. Unique Groups’ magnetometers are generally used by the oil and gas industry, and this was the first time they had been employed for search and rescue purposes.
Gilkerson stated he believed the device would work to locate a car under the ice. Gilkerson and his team, which consisted of Jared Rasmussen, Kevin Grundwaldt, Steve Fahey, Doug Runge, and Vern Johnson, combed the area waters for approximately a week, but we’re unable to find the vehicle.
On January 29, the group resumed a second major search using the magnetometer. Gilkerson and his team decided to zero in on a body of water just west of Bristol along the highway. Later that afternoon, Day County Sheriff Ryan Rucktaeschel received a call reporting the car had been located.

Sheriff Rucktaeschel and his deputies responded along with South Dakota Highway Patrol and DCI.  The vehicle was removed from the water and Mrs. Doughtery was recovered from inside.

The investigation was led by the Day County Sheriff’s Office, SDHP, and DCI. The Day County Sheriff’s Office thanked   the friends, family, DCI, SDHP, Codington County Search and Rescue, CentralDivers, South Dakota Civil Air Patrol, and the Lake Area College Aviation Program for their assistance.
The Day County Sheriff’s Office extended its condolences to the family of Amy Dougherty and said, “We want you to know you are in our thoughts and prayers in this time of need.”
Kevin Schuelke, head of Grant County Emergency Management, responded to the tragedy by saying, “Winters here are brutal and conditions can change rapidly. We have rescued many people who felt they had to get to work because they were worried about being docked or the loss of their job.” He reminds everyone to prepare for the worst in severe weather situations and not be misled by a false sense of security.